Jeff Guy- Lake Michigan, Lake Huron and Lake Superior Paddler
He is both a financial advisor with Merrill Lynch in Traverse City, Michigan and owner of Paddle Guys, a SUP/Kayak rental business on Torch Lake.
An avid stand up paddle-boarder for several years, Jeff also enjoys golf, hockey, and fishing. He lives in downtown Traverse City where you’ll find him spending as much time on the water as possible.  Jeff was on the first Lake Michigan crossing and is excited to take on this new amazing challenge with friends.
Twitter Facebook 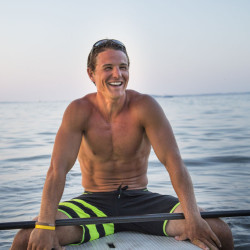 Kwin- Lake Michigan, Lake Huron and Superior Paddler
A co-Founder of Stand Up For Great Lakes, he was born and raised in northern Michigan, Kwin is a keen waterman, traveler, and adventurer. He is a science teacher and coach in the Elk Rapids School District.
A lover of all water sports, Kwin is an expert paddler and is frequently joined by his two yellow labs and wife Megan.
His goal is to show people how amazing and rare these bodies of water and help protect them for fututure generations!
Being one of the original planners and paddlers of the first mission, Kwin is looking forward to increasing the challenge, raising more money/ awareness for the lakes he loves.
Facebook Instagram 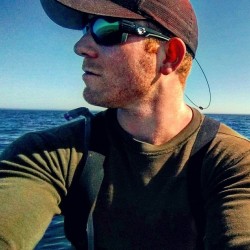 Joe – Lake Michigan, Lake Huron and Lake Superior Paddler
He was born and raised in Metro Detroit and has lived in Traverse city for over 10 years. With a never-say-no attitude, he enjoys everything northern Michigan has to offer, and is proud to be standing up for the great lakes.
Joe is a Personal Trainer. When he’s not helping people achieve their fitness goals, he’s up for almost anything involving water, travel, adventure, fitness, or beer.
Joe was also an original member of the first expedition crossing Lake Michigan.  When asked what he thought of crossing  the second biggest Great Lake and increasing the miles from 60 to 80 he said, ” Sounds like more paddling”. 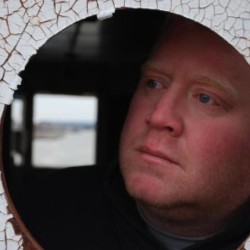 We met this guy at the Thunder Bay National Marine Sanctuary. Corey is passionate about protecting the lakes and promoting Northern Michigan. He spends hours of his own time and has a true gift for storytelling. We could not have the impact we do without our film director Corey!
Corey is Director of Photojournalism for TV 9 and 10 News based in Cadillac, Michigan, a job he has held for many years. He is an award-winning documentary producer, creating a commemorative Edmund Fitzgerald production in 2015, reflecting the 40th anniversary of the loss. More recently, Corey has been instrumental in connecting the Stand Up for Great Lakes Team with the Shipwreck Society, which ultimately will see this team crossing Lake Superior in 2018. 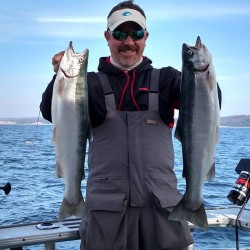 When we first started talking about crossing the lakes, Ryan was the guy that lead us through the ways to get it done. This guy is one of the most important pillars of SUFGL.
He has been on each of the crossings with us, is crucial to the planning and safety of each paddle and is the most passionate guy we know.
Ryan is our team leader when on the water and calls the shots. We literally could not have done these paddles without him!
Ryan is based out of Franfort Michigan and has a charter fishing boat company and a Trolling Motor Repair Shop! 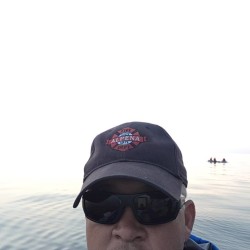 Talk about an intense guy, they don’t get more real than Mike Sanders. US ARMY , EMT, Firefighter and one heck of a guy. Mike is our on the spot responder and we are lucky to have him. He was not on our Lake Michigan crossing with us but when he came on board for Huron, it was a perfect fit. He knows each of us well enough to know when we need a pep talk. His infamous 3AM chat on Huron will forever be in our memories.
Knowing this guy is out there with us makes our team and our families feel a lot better. A first class man that does what he says he is gonna do.
Mike is an EMT in Alpena, Michigan and has a beautiful family there. 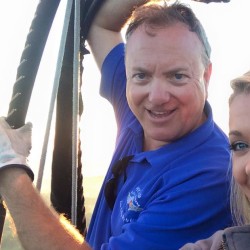 Our main goal at SUFGL is to raise awarness about the issues going on and around the lakes. Scott stepped up big time with Lake Superior and got us local and national coverage. Not only did he write press releases for us and schedule interviews, he also has been one of our biggest supporters from the begining.
Scott owns a company called West Wind Communications and also can be seen flying a hot air baloon all around the Metro Detroit area!
Please contact him at scottlorenz@westwindcos.com 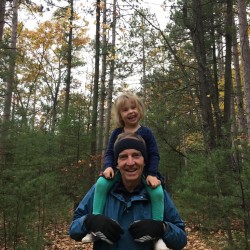 Chuck Mueller has been instrumental as a member of our board. He is in his first term but has made huge impacts.
He set up our State Theater showing of Crossing Lake Huron and also an Earth Day event located in Traverse City.
Chuck has a skill of writing grants and getting groups connected. We are so happy and lucky to have him on board!!!
Chuck lives in the Suttons Bay region and enjoys kayaking and hanging with his grand children! 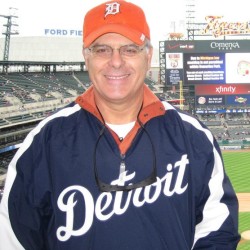 Mark has been on our board since the beginning. He not only has helped out with each Torch Lake clean-up but also assisted our students across the Straits of Mackinac!
His wisdom and council has been amazing to have when discussing future plans and events. He also serves as our treasurer!
Mark lives in the Acme area and spends his time fishing and hanging with family. 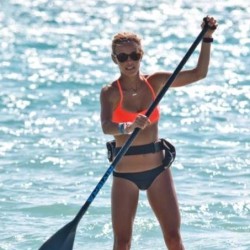 Megan is so crucial to Stand Up for Great Lakes! She not only is in charge of inventory/ shipping / newsletters, she updates our donor list, sends thank you notes and also keeps things organized! She is also in charge of posting updates during the crossings.
We literally could not do any of this without her!
Megan a transplant to northern Michigan. she will never go back! She loves spending her time outside. She bikes, travels and has a deep connection with the lakes! Megan is currently a Nurse in the Traverse City Area and is married to Kwin! 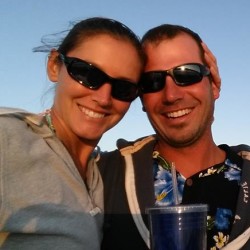 Our safety boat team, Tyler and Becky! They signed on to do Huron and now are hooked! Their boat is literally the best safety boat we could ask for. Auto pilot, blue lights that aluminate the water and a perfect swim platform to jump onto in case of emergency. We are so glad they have committed to our goal of crossing the Great Lakes.
Across Superior, they ran into such thick fog that would make most people turn around, but they are committed to the cause!
They have positive comments when we need them the most and were clutch on Superior at night.
Tyler and Becky live in the Williamsburg area and enjoy boating, RZing and living life to the fullest! 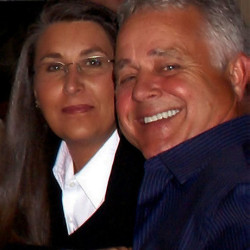 Our other behind the scenes person. Jo is clutch in apparel. She makes most of our gear and donates time and money to the cause. She folds, prints labels and ships all of our apparel for us.
She also shares or comments on each one of our posts which brings awareness to the cause!
Jo lives in Williamsburg with her loving husband, Greg. She has Labrador Retriever breeding business and t-shirt shop all located at her house!
Thank you for all you do!